When there is no vision, the people perish — Proverbs 29:18

This was a special year. The start of a new decade. Its double-digits, 20/20, symbolized a time of perfect vision. As we enter the seventh month of 2020, the symbolism has become a reality. The year began with an impeachment that wasn’t, followed by a self-congratulatory State of the Union address, followed by a bungled response to a pandemic that has killed over 130,000 Americans, culminating in the brutal murders of so many people including George Floyd, Breonna Taylor, Ahmaud Arbery, and state-sanctioned violence directed at Black and Brown people. There’s no question that in the year of perfect vision many people have had their eyes opened and they are not happy with what they have seen.

It is in this environment that the work of Bend the Arc: Jewish Action Long Island has become more important than ever. The chapter has helped to achieve a more just world through its various activities —pressure campaigns aimed at key politicians, electoral work, community meetings, and educational programs. We know there is still much work to be done. We also know that, working together, we can make our vision of justice a reality.

You cannot confront a problem until you understand it. With that in mind, our chapter held two virtual education sessions that examined white supremacy, white nationalism and anti-black racism. The goal of the first session, held June 7, was to develop a common analysis and language that could help in the dismantling of those systems of oppression. Participants learned how white supremacy was foundational for the United States, politically, economically and socially, and what the consequences have been. A brief time was set aside for participants to reflect on their own racial identity and how a new way of thinking about that identity could inform their work with Bend the Arc and its quest for a multiracial democracy and economy.

The second session was supposed to be a discussion of antisemitism. However, after the murder of George Floyd and the nationwide protests that followed, the aim was shifted to a focus on anti-black racism and the need to be actively anti-racist. To further that aim, our chapter will begin partnering with New York Communities of Change (NYCC) in their ongoing fight to end racist policies on Long Island.

Bend the Arc: Jewish Action Long Island was a co-sponsor of a Juneteenth Black Lives Matter unity march, organized and led by Black high schoolers, that started in Amityville and ended in Seaford, Long Island.

The significance of the event was two-fold. First was to emphasize, in a public manner, the importance of the BLM movement. Second was to make a larger audience aware of the significance of Juneteenth, not only for the Black community, but for the country itself. It marks the day when, more than two years after emancipation, Texas’s enslaved people finally found out that they were freed.
Six Bend the Arc members met up to march together. 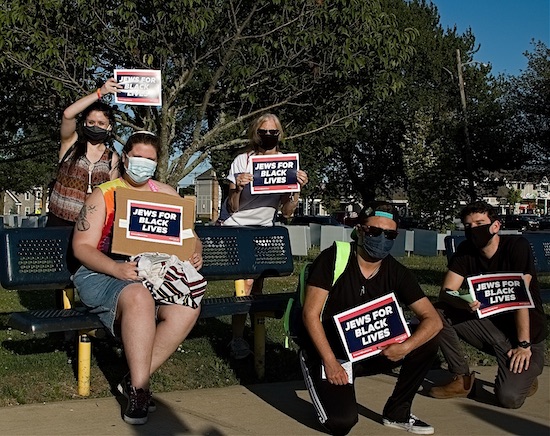 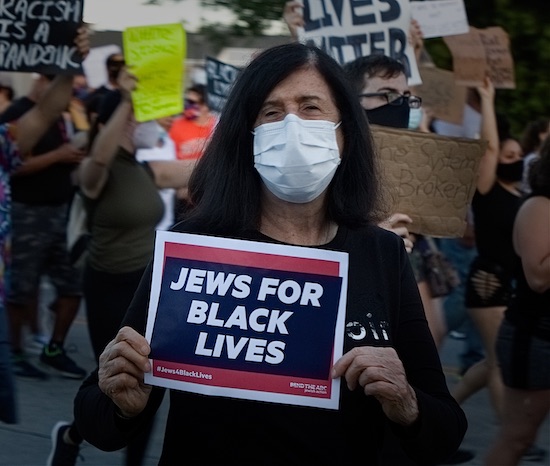 Our chapter joined the statewide efforts, alongside partner organizations, to pressure New York politicians to vote for the repeal of 50-a. We texted thousands of Bend the Arc members across the state to mobilize over 800 emails to key legislators. Success came on June 12, when Governor Cuomo signed into law the repeal of this decades-old regulation that prohibited the release of personnel records used in the evaluation of police officer conduct. Prior to repeal, the records could not be released without permission from the officer or a judge. That regulation made it nearly impossible to hold police accountable for misconduct. For example, in the case of Officer Pantaleo and the death of Eric Garner, the officer’s disciplinary records remained sealed despite a lawsuit to get access to them. Eventually they were leaked and they showed a long list of complaints against the officer.

The fight for racial justice and to transform policing to build true safety continues. At our June Chapter-wide Community Meeting, our membership affirmed the steering committee’s recommendation to support our partners at New York Communities as they explore how we can transform policing on Long Island to build true safety for all communities. That work will begin with educating ourselves and the wider Long Island Jewish community about the history and goals of the Defund Police movement.